When plans for big infrastructure projects roll out, they should be guided by the basic principals of public procurement:competition, fairness and value. 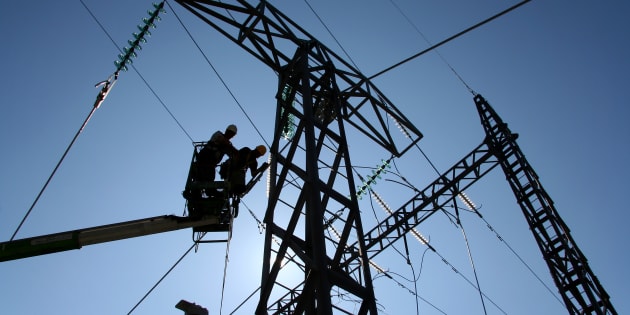 This op-ed was published on May 3, 2018 for HuffPost Canada.
https://www.huffingtonpost.ca/paul-de-jong-/taxpayer-funded-projects-should-benefit-all-b-c-not-select-unions_a_23425583/

The B.C. government will soon be announcing how it plans to award contracts for billions of dollars in public construction work. Major infrastructure projects, ranging from the Pattullo Bridge replacement to schools, roads and hospitals will be built using Project Labour Agreements (PLAs). Depending on how the government chooses to proceed, PLAs can either generate major public benefits or waste British Columbians’ hard-earned tax dollars.

It’s a big decision that comes down to this:

Who should gain from the way taxpayer-funded construction projects are awarded in B.C — will it be all British Columbians or only select unions?

The choice for the provincial government really is that stark.

PLAs are arrangements where companies and labour groups agree to provide the necessary workers to get a job done over the life of a project, assuring essential skilled labour and setting terms on things like wages and working conditions. When PLAs are open, all qualified companies and workers have an opportunity to bid on the project. When they are restricted, only select unions are able to do the work.

For many years, restricted PLAs allowed the Building Trades Unions (BTU) to monopolize massive Manitoba Hydro projects. When the province’s Infrastructure Minister Ron Schuler announced late last year that his government is doing away with what he described as “the costly practise of project labour agreements,” he didn’t mince words. “This had the effect of increasing the cost of a project, discouraging some contractors from bidding and infringing on the rights of workers,” Shuler said.
“Limiting opportunities for B.C.’s skilled tradespeople at a time when the province is struggling with a shortage of skilled labour doesn’t make sense.”

The PLA for Manitoba’s Bipole III Transmission Line and Keeyask Generating Station required all workers to sign up with the Building Trades Union. That arrangement wasn’t fair to other skilled tradespeople or any hardworking Manitoba taxpayers. Taxpayers are now stuck with billions in project cost overruns. This should raise a cautionary flag, given that the B.C. government has already committed to an exclusively BTU model for future BC Hydro projects in British Columbia.

The Building Trades Unions, who represent just 12 per cent of B.C.’s construction workforce, have been lobbying hard to monopolize all upcoming infrastructure projects through restrictive PLAs. When PLAs are designed this way, many qualified companies and workers are shut out of local projects. Limiting opportunities for B.C.’s skilled tradespeople at a time when the province is struggling with a shortage of skilled labour doesn’t make sense. And that’s not the only reason restrictive PLAs aren’t right.

There’s a growing body of research that shows when taxpayer-funded construction work is not open to all contractors and workers, cost rise — substantially. For example, a 2004 study released during the Charbonneau Commission into corruption and collusion in Montreal’s construction industry reported that the city could have saved between 20 to 30 per cent on its construction contracts, if it had a more competitive bidding process. Instead, Montreal tendered work to the same handful of companies, over and over again.

In municipalities across Ontario, almost a billion dollars worth of construction projects are subject to construction monopolies every year. Studies confirm that this has raised construction costs, again by 20 to 30 per cent, in cities like Hamilton, Sault Ste. Marie, Toronto and the Region of Waterloo, where all construction projects have to be tendered to a small group of unions and select contractors, over and over again.

Imagine if that 20 to 30 per cent “surcharge” were applied to billions of dollars in infrastructure work in B.C. and only an exclusive club benefited?

This is not the way it has to be, not if Project Labour Agreements — or Community Benefit Agreements, as they’re often called — are designed to maximize public investments and community benefits. That starts by making sure projects are open to all skilled tradespeople in B.C., in every community.

Communities are also better off when agreements have lasting benefits. Many companies are raising the bar by giving back to Indigenous communities long after a project is finished or exploring ways to mentor women so they keep working in construction over the long run, not just during the life of a project in their community.

B.C. has plenty of experience to draw from. When provincial plans for big infrastructure projects roll out, there’s no reason why they shouldn’t be guided by the basic principals of public procurement: effective competition and fairness and value for taxpayers.